1. WIFI could be used to detect weapons and bombs.

According to a study led by Rutgers University in New Jersey, Ordinary wifi could be used to detect bombs and weapons in public. Wireless signals can penetrate bags to measure the dimensions of metal objects or estimate the volume of liquids, researchers claim.
Initial tests appeared to show that the system was at least 95% accurate. It could provide a low-cost alternative to airport-style security, researchers said.
The team behind the research tested 15 types of objects and six types of bags.
The wi-fi system had success rates of 99% for recognizing dangerous objects, 98% for metal and 95% for liquids. When objects were wrapped inside bags, the accuracy rate dropped to about 90%. The low-cost system requires a wi-fi device with two or three antennas and can be integrated into existing wi-fi networks.
The system works by analyzing what happens when wireless signals penetrate and bounce off objects and materials.
It could be utilized in museums, stadiums, theme parks and schools or wherever there is a perceived public risk.


3. Mystery Russian satellite’s behavior raises alarm in the US. 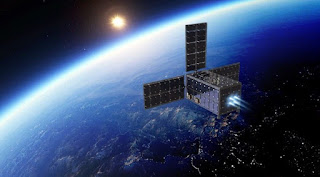 A mysterious Russian satellite displaying “very abnormal behavior” has raised alarm in the US, according to a State Department official.

“We don’t know for certain what it is and there is no way to verify it,” said assistant secretary Yleem Poblete at a conference in Switzerland on 14 August.

She voiced fears that it was impossible to say if the object may be a weapon.

Russia has dismissed the comments as “unfounded, slanderous accusations based on suspicious”.

The satellite in question was launched in October last year.

“[The satellite’s] behavior on-orbit was inconsistent with anything seen before from on-orbit inspection or space situational awareness capabilities, including other Russian inspection satellite activities,” Ms. Poblete told the conference on disarmament in Switzerland.

“Russian intentions with respect to this satellite are unclear and are obviously a very troubling development,” she added, citing recent comments made by the commander of Russia’s Space Forces, who said adopting “new prototypes of weapons” was a key objective for the force.

Ms. Poblete said that the US had “serious concerns” that Russia was developing anti-satellite weapons.

Alexander Denko, a senior Russian diplomat, told the Reuters news agency that the comments were “the same unfounded, slanderous accusations based on suspicions, on suppositions and so on”.

He called on the US to contribute to a Russian-Chinese treaty that seeks to prevent an arms race in space. 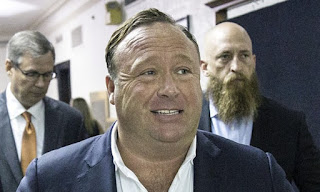 Controversial Infowars conspiracy theorist Alex Jones has been suspended from Twitter for up to seven days.

The suspension has put Jones into what Twitter describes as “read-only mode” preventing him from tweeting, liking or retweeting, but not removing his tweets or personal account from the social network. The Infowars Twitter account remains unaffected.

A Twitter spokesperson said the action was taken for tweets containing a video that was in violation of the company’s rules on abusive behavior and inciting violence. Twitter instructed Jones to delete the tweets, which he has done.

The New York Times reports that Jones tweeted a link to a video calling for supporters to get their “battle rifles” ready against media and others. Facebook, YouTube, Spotify, and Apple banned Jones’s accounts and products from their various services on 6 August following the media backlash. Jones’s apps still remain available via Apple’s App Store and Google’s Play store, however.
Among the last messages, Mr. Jones posted before the ban came into effect was a claim that InfoWars’ main website had been forced offline by a cyber-attack.

Although he now faces many restrictions on his online activity, there are several outlets that have not blocked his content.

They include the social networks Google+, Gab, and Tumblr. In addition, Google’s Play store and Apple’s iOS equivalent continue to host the InfoWars app. 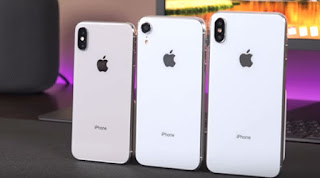 Apple is supposed to release three new iPhones in September 2018, and another video has leaked which gives a look at the iPhone prototypes. The video shared by YouTuber DetroitBORG reveals all three dummy iPhones, which were given to him by Australian tipster Sonny Dickson.

The video gives a good look at all three prototypes. It looks like the iPhone 9 or iPhone with the 6.1-inch display will come with a single rear camera at the back, just like the other leaks have reported. The iPhone X 2018 will continue with the 5.8-inch display, while the iPhone X Plus could have a bigger 6.5-Plus screen.

Happy Independence Day to you all my lovely friends.

THAT’S IT FROM TODAY! SEE YOU TOMORROW GUYS… SORRY FOR LATE UPDATE…