Skip to content
After Instagram, WhatsApp is also going to feature the QR code in its beta version. 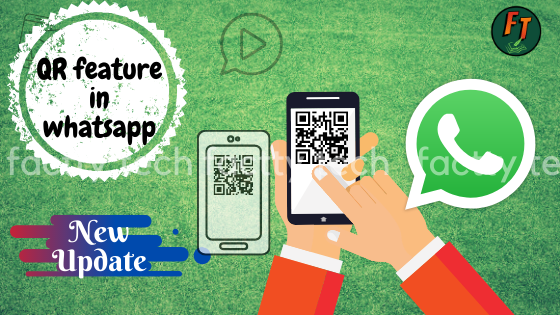 WhatsApp will be going to add the QR feature in its Android and iPhone within a few days. This will allow the user to connect and add new contacts by scanning the QR Code. Facebook and Instagram have already launched this feature in their iPhone and Android versions.

Although no official information has come from the company yet this feature has been launched on the beta version 2.20.171 for Android users and 2.20.60.27 for iPhone users.

Beta users are allowed to give their feedback before the public release. WhatsApp was planning to add this feature since November 2018. Now it seems that the company is ready to launch this amazing feature.

This feature will reduce the time for the users to save the contact manually or sharing the contact numbers. You need to share only your QR code and the next person can add your contact by scanning that QR.

WhatsApp has also provided an additional feature that lets users reset their existing QR code. This means that you’ll be able to change your QR code if in case it’s been shared accidentally.

Based on the news from WABetaInfo, WhatsApp is also going to release the password protecting feature in the latest Beta Version.

WhatsApp hasn’t provided any clarity pertaining to the features spotted in its beta versions. Having said that, it has a good record of offering updates to the public after testing them through the beta channel.

I think this feature will increase the protection and security in WhatsApp.