Breaking News: Once again, Realme is launching a new gadget in the Quarantine period. 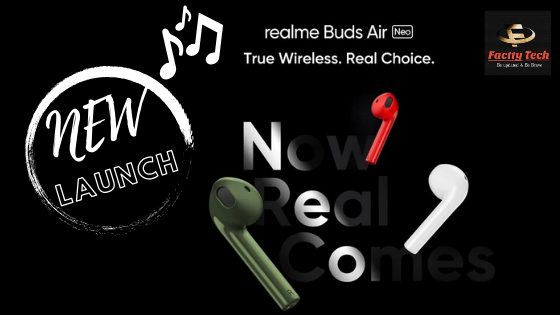 Hi friends,
A news is coming out from Realme that, launch date is announced for Realme buds air neo in India.
Realme is continuously introducing it’s cool gadgets to us in this quarantine session. First Realme TV, Realme watch and now Realme buds air neo.

The arriving date of Realme buds air neo is the 25th of May. It will be available on Flipkart, Realme Official Website, and offline stores. The event starts from 12:30pm.


A few weeks ago realme released the poster of neo, this will be launched in three color variant :
Red, Black, White.

The company claims the fact that, this would long last up to 17 hours when it is fully charged which is a very great battery life for a wireless earbuds.

I hope in future also realme will give us such kind of surprises. If you are impressed with this lovely gadget you can try to grab the deal.

Thank you guys for reaching till this part.